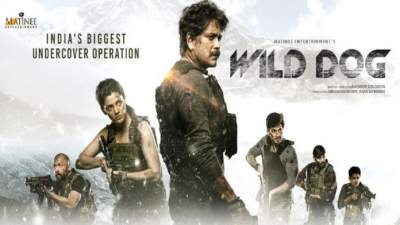 Debutant director Ashishor Solomon’s Wild Dog is based on a real-life covert operation conducted by the National Investigation Agency. While the term ‘surgical strike’ has now become part of our vocabulary, this film introduces us to India’s guerrilla warfare against its most-wanted terrorists.

NIA officer Vijay Varma (Nagarjuna) finds out the whereabouts of India’s most-wanted terrorist Khalid Bhatkal. He informs his superior that Khalid is planning something big and he needs to be stopped now. Khalid is in Nepal, and Vijay pitches a cross-border operation. Vijay even gives the example of Israel, which supposedly uses guerrilla tactics to end security threats against its country. Vijay says something like, “When Israel could do it, why can’t India?”

The indecisiveness of the government fails to prevent another terror attack and a series of bomb blasts rocks Hyderabad. “Don’t be a coward,” Vijay tells Atul Kulkarni’s DGP Hemanth, as he feels frustrated with the system that hesitates when making hard decisions. “I am not a coward. It is this system,” Hemanth replies.