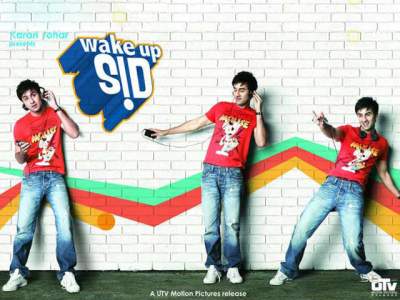 Siddharth “Sid” Mehra is an extremely lazy and carefree university student in his early twenties living in Mumbai who does not know what he wants to pursue. He hates school and he can’t even bother to study and try to understand the concept of his courses (all of which he gets poor grades in). His imagination, creativity and talent for art (especially photography) are often disregarded and ignored. Depicted as a spoiled, lazy slacker, Sid shows little concern for his plans after graduating, just barely studying for tests the night before and having no interest in working. His father, Ram Mehra is a very opulent tycoon who wants his son to excel while his mother Sarita is a housewife often frustrated by Sid’s incompetence yet puts up with laziness, ending up pampering him.

While writing his final exam in the exam hall, Sid struggles throughout the entire duration of the exam, nervously unsure of each question whereas all of his classmates including his best friends confidently progress through their test papers, having intensely studied long and hard in advance. Sid imagines some classmates insulting and demoralizing him, while his friends give him words of encouragement. Hoping to answer enough questions correctly to at least pass, Sid feels confident to finish his test. Right after the exams are over, Sid and his friends go out on a shopping spree across the city for a day of fun. At the farewell party after the final exams, Sid meets Aisha Banerjee, an aspiring writer recently moved away from her hometown of Kolkata, who happens to be one of his college mate’s roommate. They decide to go for a small walk and strike a chord instantly. With the help of Sid, Aisha finds a small apartment overlooking the city skyline. She also lands a job at Mumbai Beat (based on Time Out! Mumbai), a hip magazine run by editor-in-chief Kabir Chaudhary, to whom Aisha is instantly attracted.