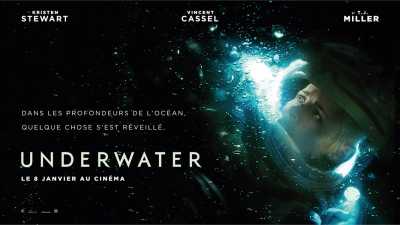 “Underwater” is the kind of no-nonsense B-movie with an A-list cast that Hollywood used to make more often. It’s a lean and mean film that gets you into its action instantly and then doesn’t release the pressure until the ending credits. In an era of increasingly long blockbusters with pretensions of greatness, it’s refreshing to see a tight movie that knows exactly what it needs to do and sets about doing it. Anchored by another impressive performance from Kristen Stewart and really effective cinematography from Bojan Bazelli, “Underwater” absolutely bullies you into liking it. There’s no time not to. Some of the midsection succumbs to incoherent effects in which the murky setting overwhelms the ability to actually be able to tell what the heck is going on, but the flaws of the film never linger long enough to, sorry, sink “Underwater.”