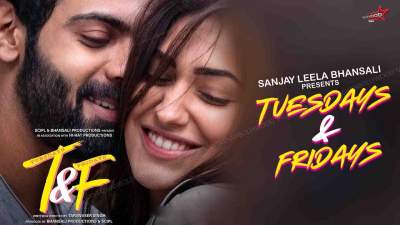 Obviously modelled on Friends with Benefits and No Strings Attached, Tuesdays & Fridays is too besotted with the idea of delivering a standard Bollywood romance to ever really say something worthy of its own.

There’s a specific brand of millennial rom-com that has penetrated Bollywood of late. These are primed to be an update on the epic romances that Hindi cinema has been perpetuating for decades, involving mustard fields, Eurotrips, and endless pining. These films, on the other hand, promise to be more rooted in reality than escapism, as a way of reflecting the altered priorities of the younger generation and the decade they inhabit. The usual obstacles to the romance here aren’t external causes, such as disapproving parents, arranged marriage scenarios, or religious faultlines. Instead, they’re more internal – emotional baggage, commitment phobia, or just plain old indecisiveness. But the trouble is this: Despite the modern packaging, the romance depicted in these movies tend to be as unrealistic and ignorant of the times we live in.