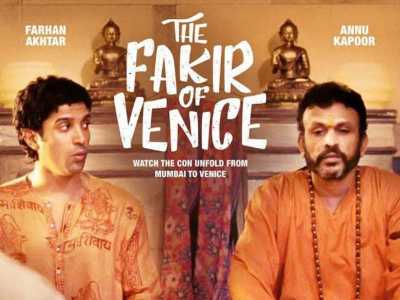 The Fakir of Venice is a 2019 Hindi-language comedy drama film directed by Anand Surapur. The film stars Farhan Akhtar, Annu Kapoor and Kamal Sidhu in the lead roles and is written by Rajesh Devraj with a story from Homi Adajania. It was presented as Opening Night Film in April 2009 at the Indian Film Festival of Los Angeles. It was released on 8 February 2019, 10 years after its premier. The film’s release was halted for ten years due to production related issues and was Akhtar’s first acting role. The music is composed by A. R. Rahman.