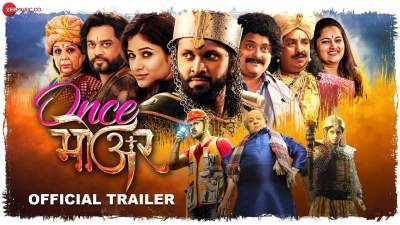 Vijay (Vijay) is a rich young business man, whose only one aim in life is to have fun, is the managing director of a big tea estate in Ooty and his company goes on a big loss because of his mismanagement. Vijay spends most of his time in partying and flirting with girls whenever he feels like. To manage the loss to his company, Vijay invites his father Rajashekar (who is in the United States) to come to India to sign some documents. Rajashekar dies in a plane crash on his way to India.

Selvam observes the careless, take-it-easy life style of Vijay and is reminded of his old days when he used to be like Vijay. Selvam is very affectionate towards Vijay and he considers him as his son. Vijay finds out about Selvam’s past life, that Selvam was married to Shantha (Saroja Devi) and they have been living separated for the past 34 years. He wants them to get united and he searches and finds the whereabouts of Shantha.

Meanwhile, Kavitha (Simran) joins Vijay’s company and she talks to Vijay in his own style. Vijay is knocked out by Kavitha’s beauty and he falls in love with her. Then, their love gets into trouble because of Kavitha’s mother. Now, Vijay tries to unite Selvam and Shantha. In return Selvam tries to unite Vijay and Kavitha. Kavitha first tries to kill Vijay to avenge her sister Anju, who committed suicide due to Vijay rejecting her love for him. But through Vijay’s maternal uncle and Selvam, she understands Vijay’s good heart and unites with him. Also, Selvam and Shantha meet once again and get married ‘Once More’. The film hence ends with a happy note.