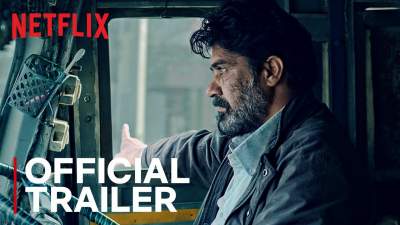 The colourless cargo that Ghalib transports in his truck is more valuable than him. That is the great irony of Meel Patthar (Milestone), director Ivan Ayr’s second feature film, acquired, like his first, by Netflix.

Released on the streaming service amid a pandemic that has made many feel expendable, Meel Patthar is about a man’s struggle to remain relevant in an ecosystem that would much rather have him erased. Suvinder Vicky plays the recently widowed truck driver Ghalib, a Sisyphean character who seems to be on a direct path towards painful obsolescence. Meel Patthar is not only the second Venice title to have debuted on Netflix in as many weeks, but like the first — Chaitanya Tamhane’s The Disciple — it is also a story about loneliness.

Vicky’s face conveys more than his mouth. He speaks rarely and walks with a slouch through most of the film, because of an early injury that aggravates his anxieties. Visibly grieving the death of his wife, Ghalib arrives at work one morning to learn of an altercation between his old friend and their bosses. Ghalib’s friend, a veteran driver named Dilbaug, was fired after word of his deteriorating eyesight reached the father-son owners of the company.