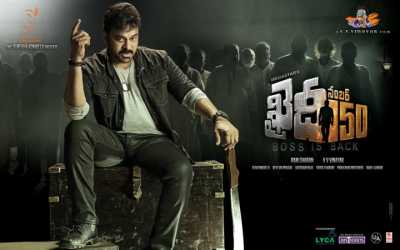 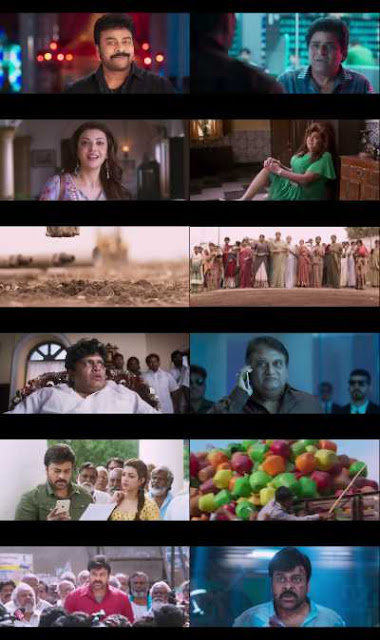 In Kolkata, prisoner Kathi Seenu (Chiranjeevi), a petty criminal, helps the police capture an escaping prisoner, but he himself escapes afterwards. He goes to Hyderabad and decides to escape to Bangkok. However, he drops this plan after meeting and falling in love with Lakshmi, his childhood friend (Kajal Aggarwal) at the airport, who dupes him into believing that she gave him her phone number realizing that he is having a crush on her. Later, Seenu and Malli (Ali), his friend notice a doppelgänger of Seenu named Shankar (Second Chiranjeevi), being shot by a group of thugs. They admit him to a hospital, following which Seenu decides to impersonate the injured Shankar to escape from the police. Under the name of his doppelgänger, Seenu and Malli enter an old-age home run by Shankar with the aim of collecting ₹25 lakhs (which is meant for the inmates of the old-age home) for their Bangkok trip, until he learns about his doppelgänger’s mission. Shankar is a post-graduate in hydrology from the arid village of Neeruru in Rayalaseema who had discovered groundwater under some lands of the village which could be used as an irrigation source not only for the village, but for the entire Rayalaseema and the neighbouring areas as well. But, an MNC owned by Aggarwal (Tarun Arora) cheated the villagers into giving their lands for the construction of a factory. Shankar was arrested by the police and the six villagers as for convince the issue with media and release of Shankar commit mass suicide. On learning of the plight of Shankar and the villagers, Seenu decides to fight for their cause while still under the name of Shankar. The people of the old home and Seenu go to the jury and try to convince him to go in favour of them, but Seenu starts stating rules and scares the main jury person (whom Aggarwal had bribed). Seenu then sends a person (disguised as a hairdresser) to Aggarwal and makes him lay a fingerprint on Aggarwal’s neck. After that Aggarwal sends 50 men to kill Seenu but he soon defeats them using the coins the Lion Club member gave when he was attending a ceremony for him.