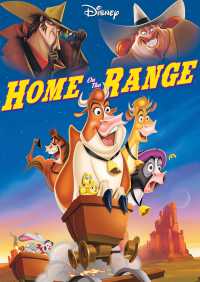 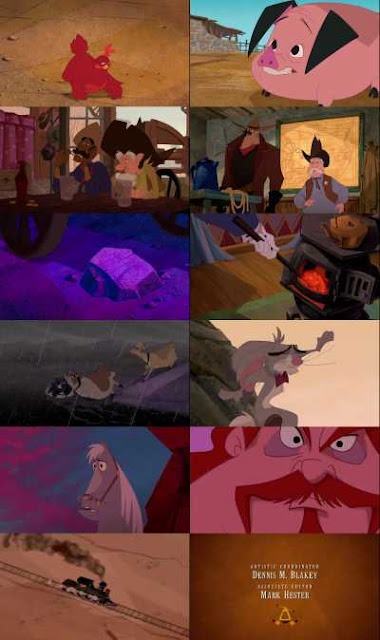 Maggie is the only cow left on the Dixon Ranch after Alameda Slim (a cattle rustler capable of stealing 500 in a single night) stole all the rest of Mr. Dixon’s cattle. Dixon sells Maggie to Pearl, a kind and elderly woman who runs a small farm called Patch of Heaven. The local Sheriff arrives to tell Pearl that her bank is cracking down on debtors. Pearl has three days to pay the bank $750, or her farm will be sold to the highest bidder. Hearing this, Maggie convinces the other cows on the farm (Grace, a happy-go-lucky character, and Mrs. Caloway, who has had leadership go to her head) to go to town to attempt winning prize money at a fair. While the cows are in town, a bounty hunter named Rico (whom Buck, the Sheriff’s horse, idolizes) drops a criminal off and collects the reward. Stating he needs a replacement horse to go after Alameda Slim while his own horse rests, he takes Buck. When Maggie find out that the reward for capturing Slim is exactly $750, she convinces the other cows to try to capture him to save Patch of Heaven.