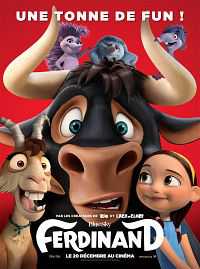 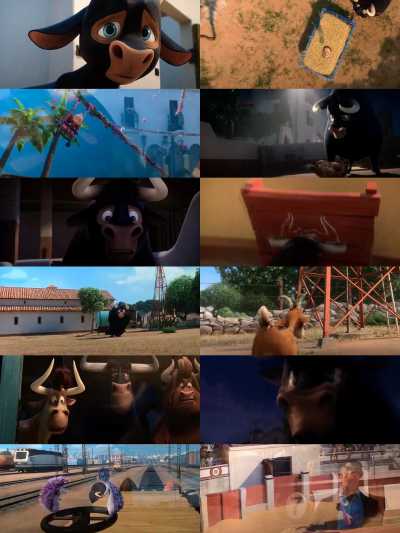 In Spain, a bullfight training area called Casa del Toro harbors a bull calf named Ferdinand, who is ridiculed by his fellow bulls for being non-confrontational and his tendency to smell and protect flowers. Ferdinand runs away from Casa del Toro after his dad fails to return after coming back from a bullfight he was picked for. He eventually winds up at a florist’s farm and is adopted by the owner Juan (Juanes), his dog Paco (Jerrod Carmichael), and his daughter, Nina (Lily Day), with whom he shares a bond. When Ferdinand (John Cena) eventually grows up, he still retains his non-violent, flower-loving nature, but due to his size, he is left behind when Juan, Nina, and Paco go into town for an annual flower festival. Ferdinand decides to go anyway, resulting in him getting stung by a bee and unintentionally wreaking havoc around town. Subsequently, he is taken by the same people from Casa del Toro and is sent back there where he finds that Bones (Anthony Anderson), Guapo (Peyton Manning), and Valiente (Bobby Cannavale), his fellow bulls from when he was a kid, have also grown up, and have been joined by a Scottish bull named Angus (David Tennant) and a silent but intimidating bull named Maquina.