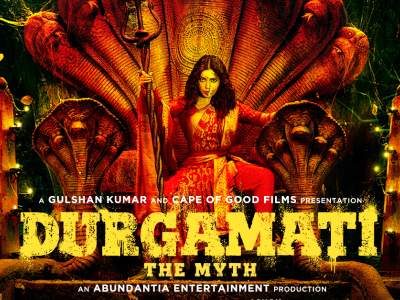 Durgamati is a 2020 Indian Hindi-language horror thriller film directed by G. Ashok, which is a remake of his own Telugu-Tamil bilingual film Bhaagamathie (2018) and starring Bhumi Pednekar as an IAS officer. The film is produced by Bhushan Kumar, Akshay Kumar and Vikram Malhotra under T-Series, Cape of Good Films and Abundantia Entertainment.

The official announcement for the film was made on 30 November 2019. First shot was taken on 23 January 2020 in Madhya Pradesh and filming begun there on 30 January. Due to the COVID-19 pandemic, the film was available to stream worldwide from 11 December 2020 on Amazon Prime Video.