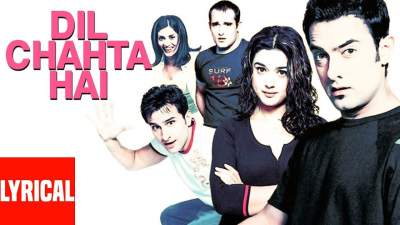 Akash, Sameer and Siddharth have just graduated from college and take a trip to Goa to celebrate. At a scenic spot by the sea, they relax and vow to return there every year. Only Sid is skeptical that they will remain friends once life takes over. On their return, Sameer is arranged by his parents to marry Pooja, their friends’ daughter, while Akash’s parents ask him to manage the family business in Sydney. Sid runs into a new neighbour, Tara Jaiswal, who lives alone and whom he helps to move.

In a short time, two of the friends have fallen in love – Sameer with Pooja, and Sid with Tara. Pooja is not single so Sameer contents himself by being her friend. On her birthday, Tara is distressed by a call from her ex-husband, so Sid takes her out to celebrate with Akash and Sameer. After dropping her on the way back, he tells his friends that he is in love with her. Akash makes a disparaging remark about Tara’s age causing Sid to slap him. Akash and Sameer are both shocked, and Akash leaves the night in anger.

Soon, Sid leaves town and Akash departs for Sydney. On the flight, he runs into Shalini, a one-time acquaintance from college who agrees to show him around Syndey while there. Meanwhile, Sameer waits for Pooja to dump her much-disciplined boyfriend, and eventually asks her out. Sid has lesser luck – Tara walks in on him telling his mother about his feelings, and doesn’t wish to talk with him for believing a relationship between them is possible. In Sydney, Akash is having a change of heart by falling in love (for the first time ever) with Shalini. Shalini, however, is engaged and returns to India to marry her fiance Rohit. Akash is heartbroken and is asked to return home by his father. Encouraged by those around him and Shalini’s uncle Mahesh, he goes to talk to Shalini on the eve of her wedding and proposes to her. Shalini is conflicted by loyalty to Rohit’s parents, who raised her after her parents’ death, but they ask her to listen to her heart and marry Akash instead.