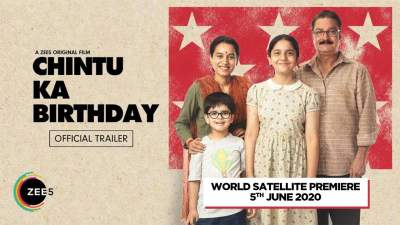 A boy turns six. His parents, sister and grandmother plan a birthday party, all the more because the previous year’s treat was scuttled. But will it be child’s play this time around? The family of water-filter salesman Madan Tiwari (Vinay Pathak) is stranded in war-torn Baghdad.

The central premise of Chintu Ka Birthday, written and directed by Satyanshu and Devanshu Singh and produced by the men behind All India Bakchod (AIB), is simple enough, but the film makes bold to expand its scope and bring out the deleterious effects of war on a family in the wrong place at the wrong time.

Solid performances from Pathak and his two proven co-actors (Tillotama Shome and Seema Pahwa), a tidy screenplay that does well to stay within its limits and a theme that holds a fair bit of water especially in light of the times we live in, where pestilence and pettiness are aggravated by incompetent, self-serving demagogues who thrive on sowing seeds of division and hatred.