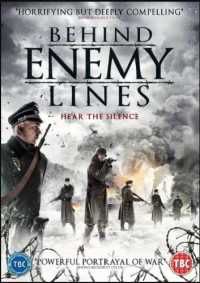 Behind Enemy Lines is a 2001 American war film directed by John Moore in his directorial debut, and starring Owen Wilson and Gene Hackman. The film tells the story of Lieutenant Chris Burnett, an American naval flight officer who is shot down over Bosnia and uncovers genocide during the Bosnian War. Meanwhile, his commanding officer is struggling to gain approval to launch a combat search and rescue mission to save Burnett. The plot is loosely based on the 1995 Mrkonjić Grad incident that occurred during the war.

Released on November 30, 2001, Behind Enemy Lines received generally negative reviews from critics, with criticism aimed at the film’s action scenes and its perceived jingoistic plot. However, it was a considerable box office success, taking in nearly $92 million worldwide against a $40 million budget. The film was followed by three direct-to-video sequels, Behind Enemy Lines II: Axis of Evil, Behind Enemy Lines: Colombia and SEAL Team 8: Behind Enemy Lines, with the third film being co-produced by WWE Studios. None of these sequels feature the cast and crew of the original.