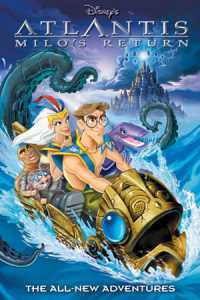 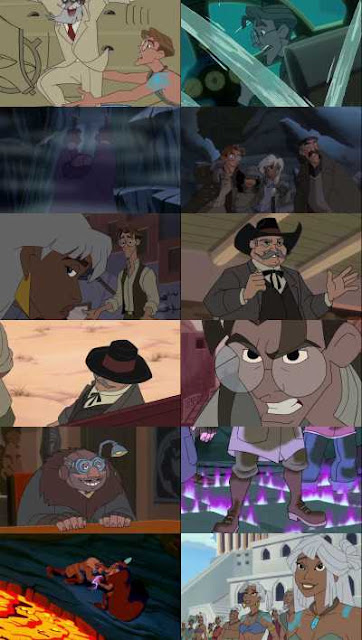 After the decline in Atlantean culture following the sinking, Kida (Cree Summer), now Queen, and married to Milo Thatch (James Arnold Taylor), is using the heart of Atlantis to restore her city’s former glory. Suddenly, Milo’s comrades and Mr. Whitmore (John Mahoney) arrive in Atlantis; while their arrival is unexpected, the Atlanteans welcome their old friends. Unfortunately, they have come to inform them of a mysterious creature causing trouble on the surface. Kida suspects that the creature might be Atlantean. They arrive in Trondheim, Norway and discover that the mysterious problem is actually the creature known as the Kraken, which had been attacking shipping freighters and taking their cargo to a cliffside village. At first they presume it to be an ancient Atlantean war machine gone rogue (like the Leviathan from the previous film), but they discover that the town magistrate, Edgar Volgud (Clancy Brown), seems to be controlling the Kraken. They soon learn, though, that the Kraken itself is the master, having made a deal with Volgud. When they blow up the Kraken, the man disintegrates and the spirit of the village is restored.